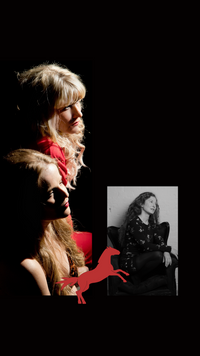 Drea Lake and Side Pony Live in Concert!

The band named “discovery of the year” by John Platt at WFUV in New York City will be making their Canadian debut alongside Drea Lake, a singer songwriter born in Elora Ontario. Drea Lake’s first single was named “top ten recent Indie Tracks” by Last Day deaf an her first two singles have been heard on CBC radio. This is her Elora debut.